This is a memorial on the top of the 800-meter-high Bezegg and is representative of the "Town Hall of the Republic", which was demolished in 1807.

The “Bezeggsul”, a neo-Gothic memorial column, was erected in 1871 on the Bezegg pass between Andelsbuch and Bezau by the Viennese cathedral master builder Friedrich von Schmidt. It reminds us of the wooden town hall, which was located on this spot until 1807 and served as a meeting place for the provincial government of the “Hinterer Bregenzerwald”. 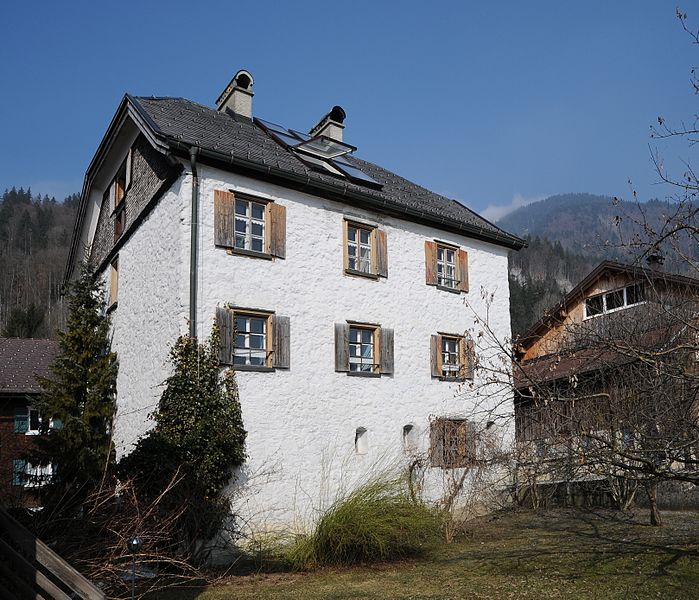 The building at that time stood on pillars and was accessible only through a trapdoor via a ladder. While the councils elected by the people met in it, the ladder was removed until the decisions were made.

In 1806, the Bavarians established the “Bregenzerwald” Regional Court with its seat in Bezau. The district court and the associated prison were located in the “old tower” in the parcel “Platz 61” – the prison cells in the basement are still preserved in their original condition.